Sign up to receive email only when there is a new book. 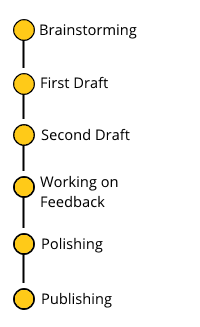 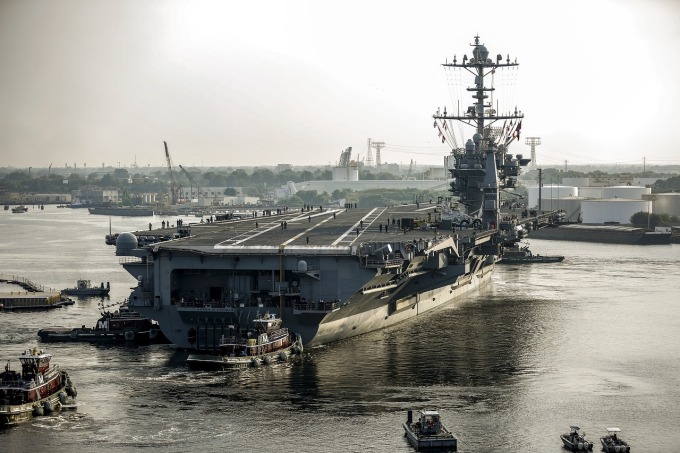 While I was busy with the move, I was trying to keep up with some reading, and I’m happy to bring you some excerpts today. The focus for this post is military technical/tactical details because it is something I’m trying to incorporate a little more into the writing (and because, well, I’ve always been interested.)

From The Naval Warfare of World War II: The History of the Ships, Tactics, and Battles that Shaped the Fighting in the Atlantic and Pacific by Charles River Editors:

United States aircraft carrier design eschewed armored steel flight decks in favor of teak flight decks. Though this appears as a lower-tech solution at first glance, American carrier doctrine provided a solidly logical reason for this arrangement. Teak decks shattered easily when struck, and, though the crew repaired minor damage with planks stockpiled on board, a major kamikaze or bomb strike often necessitated a retreat to the United States for refitting. The Americans located the armored deck one level lower, with a much thicker, heavier hangar deck than IJN or Royal Navy flattops.

A lightweight teak flight deck and a heavyweight hangar deck gave American aircraft carriers a much lower center of gravity. This permitted a larger flight deck, overhanging the sides of the hull and giving space for a much larger complement of aircraft. In some cases, U.S. carriers supported twice the number of aircraft found on British or Japanese carriers of exactly the same weight. American aircraft carriers, thanks to their large aircraft complements on light teak decks, punched far above their weight relative to their IJN opponents. These high concentrations of aircraft suited U.S. flattops ideally to a highly aggressive strategy, able to provide massive local air superiority and support devastating long-range strikes depending on the situation.

What I love about this passage is how it highlights a technical / shipbuilding aspect of ships having a tactical impact. It would just be lovely to be able to include these kinds of details in the writing (more on this later) and have the spacecraft have varying tactical consequences accruing from their build.

From Tank Warfare on the Eastern Front 1941-1942: Schwerpunkt by Robert Forczyk:

The foremost fact of life as a tanker is the importance of maintenance and logistics. The track system and roadwheels take a great deal of abuse from large rocks, tree stumps and other assorted battlefield wreckage when the tank moves any significant distance. The track, held together by long pins, wants to fall apart and the crew must constantly monitor it for signs of damage. Most tanks carried a few spare track blocks, but extra track pins to hold them together were often scarce. Good crews check the track and roadwheels at every halt of more than a few minutes and conduct spot-tightening. If they fail to do so, crews can expect to routinely throw track (i.e. the track comes off the roadwheels), which immobilizes the vehicle. In tank platoons and companies, it is imperative that junior leaders force tank crews to conduct routine maintenance – even in extreme cold weather, muddy field conditions and during combat operations. Friction is a tank’s worst enemy and river crossings tend to wash grease out of fittings on the running gear, which can cause roadwheel hubs to burn out if not tended to soon after fording. For example, a T-34 required a minimum of 1kg of grease for each 100km the tank moved on dry surface, but this would need to be replaced sooner if water obstacles were crossed. All tank engines and transmissions leak oil to some degree, particularly as filters and gaskets wear out. German tank engines often relied on rubber gaskets, which were prone to brittleness in the frigid Russian winters, leading to massive oil leaks if not promptly replaced. Turret systems including hydraulic reservoirs, optics and radios needed to be checked as well and the main gun needed to be bore-sighted again (usually by using string across the muzzle and a snake board target) after any significant move or firing. If the optical telescope and main gun went out of alignment due to hits on the turret or a very bumpy ride, then the tank’s gunner would have a difficult time hitting targets.

From this passage we get a real sense of the technical/logistical details of a tank’s upkeep. Details like these add reality to tactical/strategic deployments, making every movement and action have a logistical cost, and consequently, a consequence. (Forczyk outlines excellently in the book the logistical determinants of success/failure on the WWII Russo-German front.) The goal, if/when adding details like this to the writing, is a strategic logistical system that makes sense, and adds more reality to actions within the universe.

However, in terms of the actual writing, the larger theme would have to be how details can be included in a natural way. The struggle is always between wanting to include more details to give the world a more ‘solid’ feel, and wanting to keep the prose organic in a way that is still ‘spoken’ from a character’s perspective.

By the end of writing FtD I’d come up with two grounds rules:

These are not hard and fast rules, and I’m sure I’ve broken them too. But I think you can get a sense of the process and some of the interesting trade-offs within.